The posterior suboccipital muscles include:

The anterior sub-occipital muscles help to flex the head on the neck. They include:

Rectus Capitis Posterior Major attaches the transverse process of the axis to the inferior nuchal line.

Action: extension and rotation of the head

Rectus Capitis Posterior Minor attaches to the posterior tubercle of the atlas and the superior nuchal line.

Action: extension of the head

Obliquus Capitis Superior attaches to the transverse process of the atlas and the inferior nuchal line.

Action: extension of the head

Action: extension and rotation of the atlas on the axis.

Click here for the Wikipedia entry for Suboccipital muscles

Rectus Capitis Anterior attaches to the lateral mass and transverse process of the atlas and the basilar portion of the occiput.

Action: Flexion of the atlantooccipital joint Tony Preston February 29, 2020 No Comments
This protocol treats the deep tissues fo the anterior neck. This protocol is advanced work and not intended as an instructional protocol for the novice…
Read More Tony Preston February 27, 2020 No Comments
Need to review some anatomy? This post has the basics of suboccipital muscles and a link to the Wikipedia entry if you need more info.…
Read More Tony Preston March 7, 2020 No Comments
This protocol is used to evaluate and mobilize the Atlantooccipital joint. It contains a few different approaches to Atlas mobilizations. Atlantooccipital Decompression The client is…
Read More Headache All Over Or In A Band Around The Head

Tony Preston August 26, 2012 3 Comments
When this headache is very active, people wave their hands around their head and say that they have a headache all over.  Sometimes, when I…
Read More Headache with Tender Top of Neck While Turning

Tony Preston March 31, 2020 No Comments
People complain about a tender spot at the top of the neck when they touch it while turning their heads. I have to admit, I…
Read More Pain In The Base Of The Head With Earache

Tony Preston September 2, 2012 3 Comments
How People Describe This Headache at the Base of the Head with Earache People with this referral pattern and complain of headache and pain at…
Read More Tony Preston February 20, 2020 No Comments
Avoid the activities that aggravate this like jutting your chin forward to look at the computer screen, bobbing your head up and down as when…
Read More Tony Preston March 31, 2020 No Comments
Avoid sleeping or reading or watching TV, etc. with your head on the arm of the couch. Also, avoid sleeping with a draft on your…
Read More Self Care – Pain In The Base Of The Head With Earache

Tony Preston April 6, 2020 No Comments
Pain in the base of the head and with earache is a referral from a muscle is deep in the upper neck. It’s behind the…
Read More 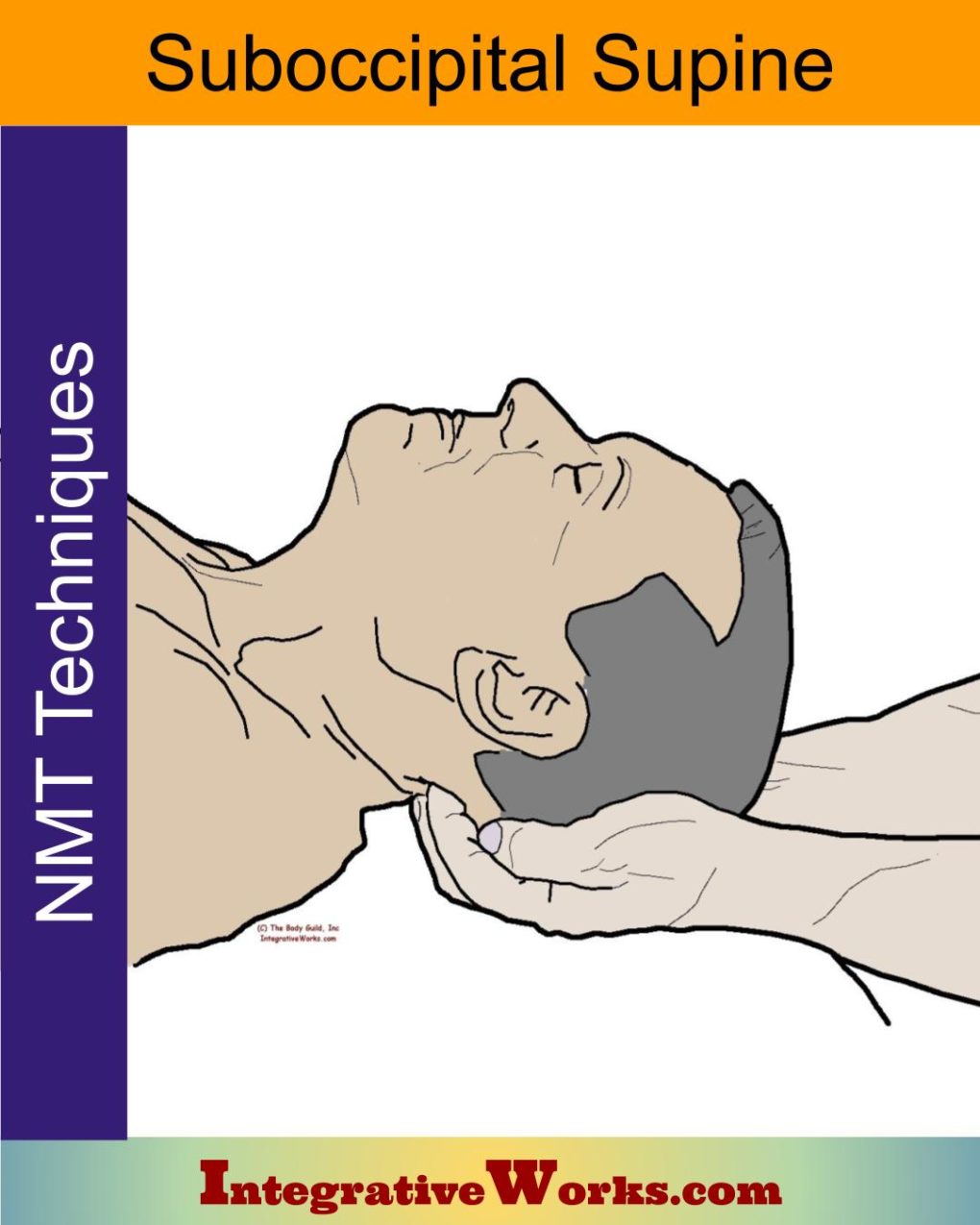 Tony Preston February 22, 2020 No Comments
This neuromuscular protocol treats the sub-occipital muscles, loosening the atlantooccipital and atlantoaxial regions, often in preparation for other work. Included are links to mobilizations taken…
Read More Tony Preston February 22, 2020 No Comments
Treatment of the suboccipital region is probably the single most important area to treat. Upper cervical treatment is the focus of many bodywork practices. It…
Read More This site is undergoing changes. Starting in early 2020, we began improving the format. We are also adding more extensive self-care, illustrations, therapist notes, anatomy, and protocols. We appreciate your input and feedback. You will see us adding posts and updating older posts as time permits.

This patient had recovered from a frozen shoulder but developed shoulder pain at the end of his golf swing. More traditional neuromuscular techniques weren’t working. Chiropractic wasn’t working. Integrative Craniosacral was the right solution for lasting relief.

*This site is undergoing major changes. We are reformatting and expanding the posts to make them easier to read. The result will also be more accessible and will include more patterns with better self-care. In the meanwhile, there may be inconsistency in formatting, content presentation, and readability. Until we get older posts updated, please excuse our mess.