The fascia lata is the deep fascia that wraps the outer thigh.

This thick fascial envelope attaches superiorly to the crest of the Ilium and inguinal ligament. The fascia continues onto the pubic rami, ischial tuberosity, sacrotuberous ligament, coccyx and sacrum. Distally, it thickens as it attaches to the proximal tibia.

They help to hold the femur in the acetabulum. They also extend, abduct and rotate the hip joint.

The Gluteal Aponeurosis is a thickening of the fascia lata. It originates from the iliac crest. The fascia covers and anchors the anterior two-thirds of the gluteus medius. As well, it extends inferiorly between the gluteus medius and the superficial fascia. Its anterior border inserts along the IT band and gluteal tuberosity of the femur, In that same area, it attaches to the gluteus maximus on its inferior border.

The differences in anatomical presentations are contradictory and confusing. So, most anatomical illustrations show the IT band diverging with fibers that blend toward the upper fibers of the gluteus maximus and other fibers that run along the posterior Edge of the TFL. The IT band is usually described, however, as inserting on the iliac tubercle with the gluteal aponeurosis filling the space between the iliac tubercle and the border of the gluteus maximus.

A study of 40 cadavers shows it to have 3 layers: 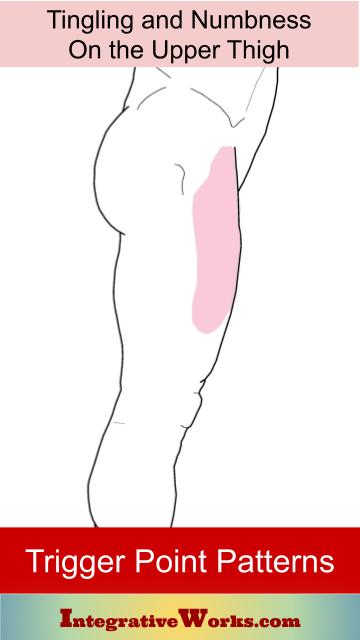